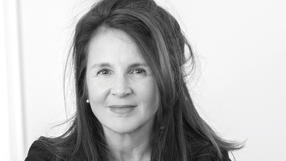 Jill Bialosky likes to do a lot of things.

As executive editor at W.W. Norton, she has worked with writers such as Nicole Krauss, Mary Roach and Thomas Lynch. As a poet, she has published four collections, most recently “The Players,” which came out earlier this year. Her 2011 memoir, “History of a Suicide: My Sister’s Unfinished Life”, documents the life and death of her youngest sibling, Kim, who killed herself in 1990 when she was just 21.

Then there are the novels — “The Life Room,” “House Under Snow” and the newly published “The Prize” (Counterpoint: 348 pp., $25), which tells the story of Edwin Darby, partner in an art gallery; father, son and husband; a man in the middle of his life, wrestling with his own commitment to art, to aesthetics and to commerce, as well as to the people he loves.