Calliope: I was beginning to think you did not need a muse anymore.

Joe: Please don’t think that. My inspiration has to come from somewhere. It does not just suddenly pop up on its own.

Calliope: Glad to hear it. What have you been up to lately?

Joe: I was thinking about publishing a free e-book on how to manage violence. I wrote some articles about the topic and finally thought I was ready to compile them into a little book.

Calliope: Sounds good. How is it coming?

Joe: Surprisingly, I finished it yesterday, edited it and published it on Amazon and Smashwords. It is called What To Do About Violence.

Calliope: When will we hear more about it?

I am waiting to publicize it until I can offer it for free on Amazon. Right now it is available for $.99. It is a bit of a process but it is underway.

Calliope: Can’t wait. In the mean time I might just take a quick peek. 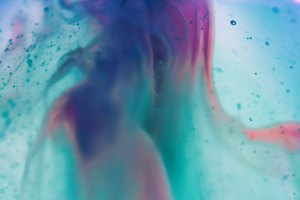 There is no life to be found in violence. Every act of violence brings us closer to death. Whether it’s the mundane violence we do to our bodies by overeating toxic food or drink or the extreme violence of child abuse, domestic warfare, life-threatening poverty, addiction, or state terrorism.

Lately our government, at least at the national level, seems to have forgotten who it works for. Congress recently passed a tax bill into law despite it being in great disfavor with a significant number of voters. A slight majority of Congress appears to be pandering to its wealthy donors and other wealthy citizens to the detriment of the rest of the country.

Violence remains a significant problem in our country although it has not shown an overall increase in recent years. Yet our communities across the country are rife with violence. We have too many mass killings, sexual assaults, suicides, drug overdoses and incidents of family violence.

In the past few articles, I have addressed what violence is and what causes it, what individuals can do, what families can do and what communities can do to reduce violence. Governments at all levels have approached the problem of violence mainly by looking for ways to punish perpetrators. Yet many violent people are motivated by anger, fear and pain. Punishing people for any of these only compounds the problem.

So what can government officials, citizen representatives at various levels, elected bodies and agencies created by them do other than punish people?

Here are some goals our representatives can address on our behalf:

How do we get elected representatives to adopt such an agenda? Remember that all of them at every level are elected by those who they represent. They work for you. You will be bombarded by political advertising in every election cycle. Rather that listening to the onslaught, we need to start listening to each other person to person and in community forums. Once we understand what we all need we can elect people to act in our best interest who are willing to listen to each other and to us. It sounds daunting, but it can be done if we set our minds to it. Start doing your part today to build a more responsive government.