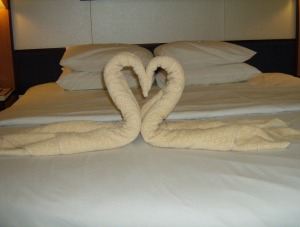 The hidden meaning is better than the obvious.

On a recent cruise, I noticed the reproduction of a classic sculpture of a nude male athlete in the fitness center. I found it inspirational. Outside the exercise room I noticed an almost identical sculpture in an area occasionally traversed by teens and children. This sculpture sported a strategically placed scallop shell.

When I returned from the cruise, I installed a digital art exhibit, my latest project. Two of the pieces had whimsical mermaids as subject matter. Questions arose as to the appropriateness of displaying images of mermaids with breasts included. They were eventually fitted with their own shells before display.

These two experiences got me thinking about the topic of this column. The human body has served as a subject for art since the Stone Age. Artists celebrated the human form for centuries. Throughout the history of Western Art, I think it would be safe to say that the historical figure most often depicted nude was Jesus, mostly as a baby.

Things changed with the Puritan and Victorian times. Over the years we have become squeamish about depictions of the human body. Other than in art galleries, sexuality in our culture is often relegated to the realms of advertising and pornography. Sex is used to sell just about everything. Pornography is considered evil by many but remains the most popular topic on the Internet.

I recalled the story in Genesis of Adam, Eve and the Tree of the Knowledge of Good and Evil. Upon disobeying God by eating its fruit, they realized they were naked, felt ashamed and sought out fig leaves as clothing. This passage was the first association of nudity with shame. I have never quite understood the connection between sin and being ashamed of our bodies. Yet here we are at our stage of human history caught in a rather schizophrenic view of the human body.

For us to regain a more innocent perception of nudity and sexuality, we would need to let go of our more sordid interests such as viewing people as objects, subjugating others and looking only to our own needs and desires. Then maybe we could rejoice in the human form as we do the rest of nature without a sense of shame. I don’t know if this can ever happen or what it would take to accomplish. In the mean time, maybe we can work on ourselves.

Agree To Live a Life of Happiness 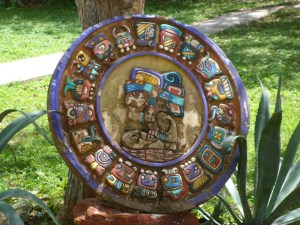 Listen to the intent behind the words and you will understand the real message.

In their book, The Fifth Agreement, Miguel and Jose Ruiz chronicle the many labels others apply to us throughout our lives. We learn to accept these labels as defining who we are. Through the fifth agreement (Be skeptical but learn to listen) we learn to challenge others’ stories or dreams about who we are. We relearn how to just be ourselves as we were at birth. Instead of living up to others’ expectations or trying to disprove them, we can be who we are and stop being concerned about how others label us.

Babies don’t worry about what others think of them or feel guilty about not living up to their own or others expectations. They are just themselves. They don’t judge anyone, especially themselves. Maybe that is why being in their presence gives us such a sense of peace. Thanks again, James. Now we can have the serenity to be artists, painting the picture of our lives without the constraints of someone else’s idea of us.

We can challenge everything we are taught to believe about ourselves. We can rid ourselves of destructive labels and concentrate on being joyful within ourselves and considerate of others as they make the best of their lives.

In addition to the fifth agreement we can cleanse ourselves of troubling patterns by being impeccable with our word, not taking anything personally, not making assumptions and always doing our best. This approach is not a religion but incorporates many of the best approaches of the world’s religious beliefs and traditions. It comes from the Toltecs, wise people from early Mayan times.

I consider people who bring light to our lives to be angels. Miguel and Jose Ruiz consider us all to be angels. The word angel means messenger. We send messages to each other through the way we live our lives. How we conduct our lives can improve the world by our input or make it a more difficult place in which to live. The choice is ours. We can start by choosing between internalizing all the destructive labels others apply to us or shedding them and returning to a life where we pay no mind to labels and live at peace with ourselves and others.

Taking this radical path is not easy. We are used to all our negative emotions: anger, jealousy, revenge, feeling superior, feeling inferior and many others. Being at peace might seem boring to some. But changing our inner world is the first step toward influencing others to abandon the chains which they have accepted. We can leave our baggage behind if we choose to and find simpler ways to exist. In the immortal words of Popeye the Sailor, “I am what I am and that’s all I am.”